A Grain of Salt in Our History 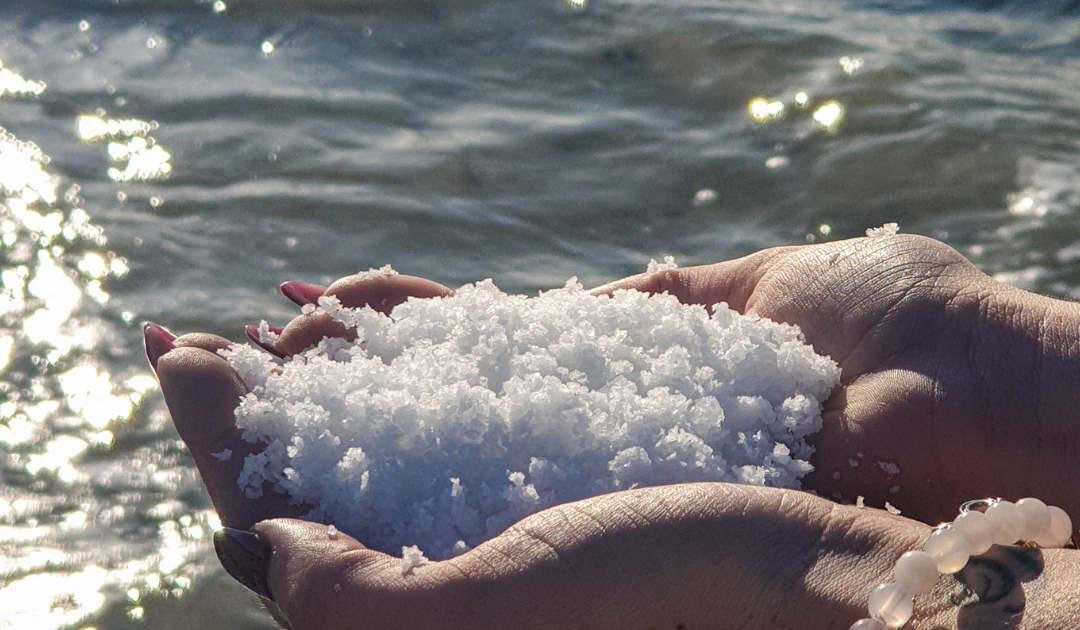 We know that salt has a long history dating all the way back to the neolithic era.

Our hunter-gatherer ancestors used to get their salt from wild meat, but following the arrival of farming they had to find other ways to satisfy their salt fix and evidence has been found that Iron Age tribes in Guernsey used to boil up salt on the island.

During the 1700s salt was a hot commodity that was smuggled alongside spirits, tobacco, and perfume. Due to its nature, it was impossible to tell the origin of salt so when smugglers landed in England they’d claim it had been manufactured in the islands to avoid paying the tax.

Believe it or not, it was a serious business back then; England arrested 10,000 people for the crime In 1795.

In 1941 Mr Stanley H Arnold’s initiative and vision saw salt making commence in Guernsey at the Model Yacht Pond which was loaned to him by the Piette Saw Mills, Ltd, and the process was supervised by Dr. A N Symons of the States.

This was a heck of an experiment that saw Mr Arnold use duplicate pumps so that there was an alternative should one fail, one was driven by an electric motor, and one fueled by petrol to harvest the seawater. The pump’s pipes were placed over the sea-wall and into the sea which pumped the water into large storage tanks that could hold up to 2,500 gallons if needed.

It was then that the salt-making really began, as the seawater navigated its way through a series of vats being treated along the way as the salt was extracted. The first of these vats brought the water up to boiling point and started the evaporation process reducing the water to saline that was four to five times saltier than the sea.

Next came crystallisation as the strong saline or brine solution was transferred into the next few vats where the remaining water completely evaporated leaving behind a bed of sea salt.

The sea salt was then set out to dry completely before being ground up for the use of table salt or left in larger crystals and sent to farmers, bakers, and the dairy.

Back then something as simple as sea salt was not only essential it was also a luxury item providing flavour as well as a means to preserve goods.

And now Étaï is on a mission to revive the salt industry in Guernsey, bringing it up to the 21st century while honouring the past, so watch this space…